Sandra Garcia, The Journey to Horse Creek , about the daughter of a trapper, who must travel from Oregon to a rendezvous in Wyoming to find a husband after her father dies; self-published. Terry C. Johnston, Carry the Wind , about a young man running away from St.

Louis who is taken in by a mountain man who helps him survive a winter in the Rocky Mountains. Lotus Landry, Skookum Man , about a girl brought up in the fur-trapping country along the Columbia River and an officer newly arrived at the fort; self-published; available in digital form only.

Frederick Manfred, Lord Grizzly , about a man whose life changes after he is left for dead following an attack by a grizzly bear. Gary McCarthy, Yosemite Thunder ; originally published as Yosemite , about the Yosemite area during the nineteenth century before it became a National Park. McGowan, Partners , about a loner mourning the loss of his family in a cholera epidemic who begins traveling the Canadian West with a younger man he considers a tenderfoot; self-published.

Wheeler, Rendezvous , a prequel about Skye's transformation from a Royal Navy deserter to a mountain man; 9 in the Skye's West series.

Wheeler, The Fire Arrow , about a mountain man trying to bring his wounded Crow wife home to her people during a harsh winter; 14 in the Skye's West series.

Wheeler, The Owl Hunt , about the schoolteacher son of a mountain man and a Shoshone woman who becomes caught up in government violence after one of his students has a vision of a future in which Shoshone life returns to the way it was before the coming of the white man; 18 in the Skye's West series.

Wheeler, The First Dance , about the son of a mountain man and a Shoshone woman whose work as a translator for the U. Ivan J. Barrett, Eph Hanks: Fearless Mormon scout , a biographical novel about a Mormon pioneer who traveled west with Brigham Young but left the main group to go on to California with the Mormon Battalion of the U.

Army, and later served as a Pony Express rider.

Amelia Bean, The Fancher Train , about the Mountain Meadows Massacre, the killing of the settlers in a wagon train traveling through southern Utah. Win Blevins, The Rock Child , set in Mormon country in and featuring a mix of historical characters like Sir Richard Francis Burton and such unlikely fictional characters as a Tibetan nun forced into prostitution in the Old West. Maggie Brendan, A Love of Her Own , historical romance about a woman who visits her brother in an unpromising Montana mining town and falls in love with a horse trainer; Christian message; 3 in the Heart of the West series. Maggie Brendan, Deeply Devoted , historical romance about a mail-order bride from Holland who marries a Wyoming man with a mother who tries to undermine their marriage; Christian message; 1 in the planned Blue Willow Brides series.

Sigmund Brouwer, Pony Express Christmas , a novella about a Chicago family that has recently settled on the frontier, and the Christmas Eve encounter of the father and son with a Pony Express rider in the midst of a blizzard. Megan Chance, Bone River , about a woman in Washington Territory who learns her much-older husband has kept secrets from her after she discovers a mummy in a riverbank. Kae Cheatham, Hammer Come Down: Memoirs of a Freedman , about a slave who travels west with his master in after his master's plantation is destroyed during the Creek Indian War; self-published.

Kae Cheatham, On Promised Land , about a free black man, his younger siblings, and his Seminole wife who travel west from the Everglades in the s after the Second Seminole War; self-published. Susan Cokal, Breath and Bones , about a highly sexed Danish orphan who follows her lover to America and travels through the Old West searching for him. Dane Coolidge, Riders of Deseret , about a U. Sandra Dallas, True Sisters , about four women in very different family circumstances who are Mormon converts and set out on the journey from Iowa to Salt Lake City in Sandra Dallas, The Patchwork Bride , about a Kansas woman who travels to the New Mexico Territory in in in order to look for a husband, and the present-day woman who tells the story to her granddaughter, a bride-to-be who is thinking of calling off her wedding.

Davis, Honey in the Horn , a Pulitzer Prize-winning novel about settlers on the Oregon frontier in the early twentieth century. David Anthony Durham, Gabriel's Story , a coming-of-age story about a black teen in the s who, angry about being forced to move west to Kansas with his family to become homesteaders, joins a wagon train led by a brutal outlaw.

Edward S. Jonathan Evison, West of Here , about a fictional town on the Washington coast in and the present day, focusing on the residents' relationships with the land and a nearby Indian tribe. Vardis Fisher, Toilers of the Hills , about a struggling farmer and his wife in Idaho. Vardis Fisher, Children of God , about the Mormons.

Vardis Fisher, City of Illusion , about an ambitious woman in Virginia City, Nevada, during the silver mining era of the s. Lee, the Mormon settler accused of the massacre twenty years later.

Leo V. Gordon and Richard Vetterli, Powderkeg , about an U. Celia Hayes, To Truckee's Trail , a novel in the form of a diary about the Stephens-Townsend Party, the first to travel to California by wagon train across the Sierra Nevada Mountains, two years before the Donner Party met disaster on the same trail; self-published. Joanna Hershon, The German Bride , a literary novel about a Jewish banker's daughter from Berlin who marries an unscrupulous merchant and travels to Santa Fe with him.

Stef Ann Holm, Crossings , historical romance about a woman struggling to keep a general store and Pony Express station operating after her father is murdered. James D. MacKinlay Kantor, Spirit Lake , about a community of Iowa settlers unprepared for a Wahpekute Indian attack that is about to descend on them. Michael S. Katz, Shalom on the Range , about a Jewish railroad detective investigating a train robbery in Colorado. Jane Kirkpatrick, A Clearing in the Wild , about a German-American woman in a Bethelite religious colony in s Missouri who takes the opportunity to push for freedom when she joins a group sent to the Northwest to scout a new location for the group; Christian message; 1 in the Change and Cherish trilogy.

Jane Kirkpatrick, What Once We Loved , about a group of women struggling to make new lives for themselves in California and Oregon after surviving tragedy on the Oregon Trail; Christian message; 3 in the Kinship and Courage trilogy. Brian Leung, Take Me Home , about a woman who, after her brother's Wyoming farm fails, must work in a mine, where she becomes friends with a Chinese miner, setting off the fury of their violently prejudiced town.

McGowan, Homesteader: Finding Sharon , about a homesteader in the Canadian West of the s who takes a stand against a cattle company while falling in love with a woman who runs a bordello; self-published. Larry McMurtry, Folly and Glory , about an aristocratic English family on a misguided trip through the Old West; 4 and last in the Berrybender series. Hugh Nissenson, The Tree of Life , about a minister who has lost his faith and who moves west to Ohio. Allison K. Pittman, With Endless Sight , about a fourteen-year-old girl who loses her family on the Oregon Trail and must depend on her faith in God to sustain her through the harsh trials that follow; Christian message. 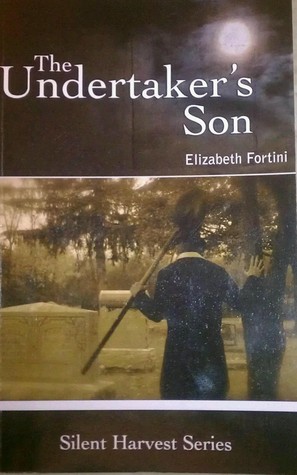 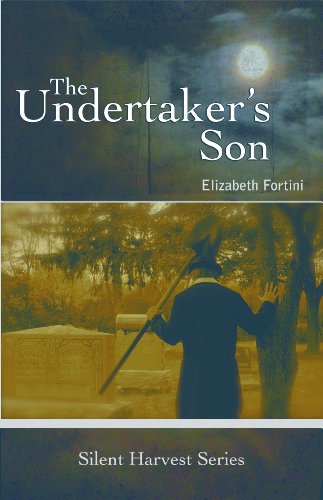